I was inspired when I saw this meme I guess it can be called of WOMEN IN STEM and "IT'S OKAY TO BE SMART"   And I began thinking about how the only subject I really loved as a young girl was science.  I wanted to be a scientist and later an Astronaut!   I know this love was influenced by my father who was on his way to becoming a doctor when the Depression hit and he had to go to work to help support his parents and siblings.   I do feel that I was born too early -- that young women today are much more likely to go into science than in my day.  I hope so!   So let's celebrate WOMEN OF SCIENCE for the end of Women's History Month. 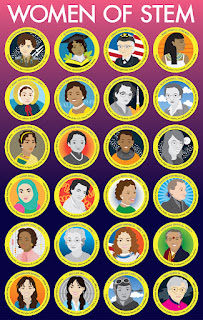 Fred Klonsky blogger and artist - or rather -- artist and blogger - had a great blog today about Susan B. Anthony and Frederick Douglass - https://preaprez.wordpress.com/2017/03/30/donald-trump-doesnt-have-a-clue-about-susan-b-anthony-or-frederick-douglass/ 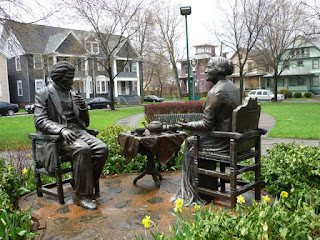 In a way it summarizes my feeling about racism and sexism and which shall disappear first. But it does imply that men got the vote -- ALL MEN -- before any women did.  Women are still relegated to the kitchen and the bedroom all over the world. And #45 is trying to bring all that back.

We have so much to fight for right now -- and while feminism isn't #1 for me, it certainly is high on the list.  But it has to be a feminism that serves all women, and not just bourgeois white women, which is what it has been in the past.   When Black Lives Matter embraces feminism we will have a fighting chance.

When we stand up for women everywhere -- in particular the continents where women are still facing genital circumcision, and other atrocities -- then we will have a fighting chance.

There are sixteen organizations (probably more) fighting to stop female genital mutilation, as it is known, and helping the victims as well.  http://16days.thepixelproject.net/16-organisations-charities-and-grassroots-groups-working-to-stop-fgm/ 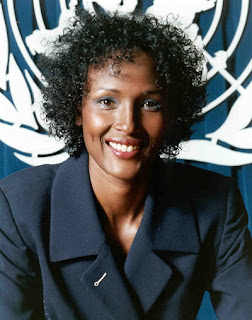 “Female genital mutilation has nothing to do with culture, tradition, or religion. It is torture and a crime. Help us to put an end to this crime.” — Waris Dirie, Survivor of FGM, UN FGM Ambassador, Founder of the Desert Flower Foundation and former Supermodel


There is so much to be done and we can't give up the fight.  Otherwise we will surely die.
Posted by turtlelearning at 6:42 PM No comments: